As part of its annual promotion effort, a giant billboard location in New York City’s Times Square was procured. To ensure maximum eye-catching potential, the size of the board was 75 feet high and 125 feet wide, covering a total of over 9,000 square feet. 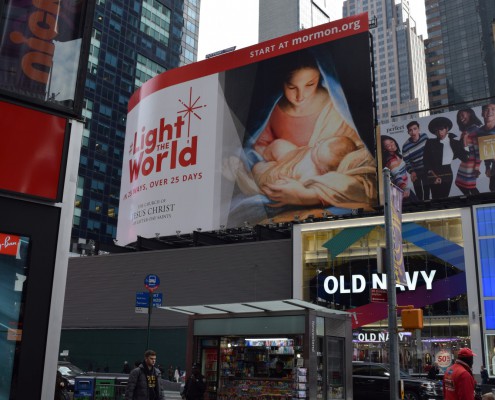 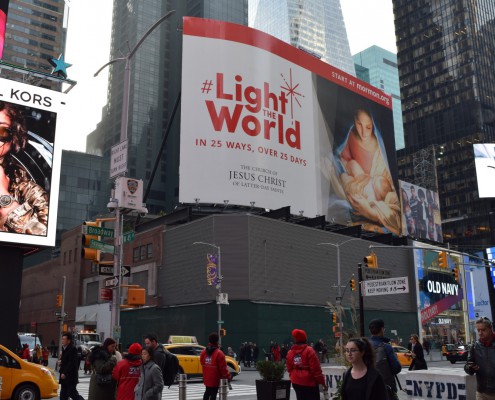 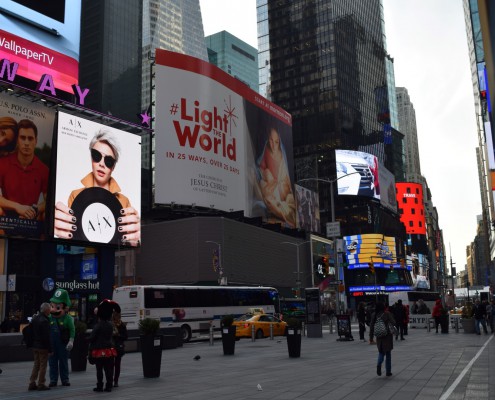 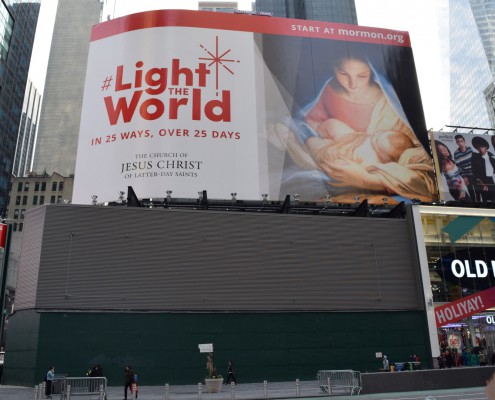 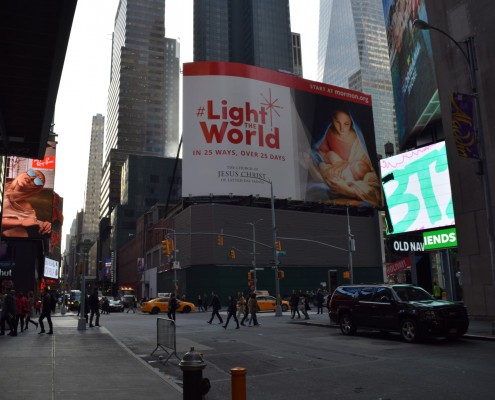 With so much surface area, it was critical to select the best material, printing and finishing techniques to ensure structural stability, endurance in the harsh winter elements and color durability. Any kind of failure of the sign would be both embarrassing to the Church and potentially unsafe to the thousands of people that pass through the area daily.

Vision Graphics was proud to be selected as the production partner. According to Roger Hendrickson, Account Manager, Western Region, “The Church knows that we have done good work for them before. We have a good relationship and we help them make this important, media-critical effort a success. Additionally, I think they find us to be accommodating for meetings and press checks.”

He also mentioned Vision Graphics’ expertise in producing such a large graphic. “You can’t produce this entire graphic in one piece. We have to create print tiles and weld it all together, which is not as straightforward as it might sound. We have to match up all of the seams and account for any variances in the print process. We can’t have letters being out of alignment or a smile that bends at a seam. Our finishing group is really just wonderful at their job.”

With its prominent placement in Times Square, daily direct exposure was estimated to be in the tens of thousands. Over the campaign period, it is estimated that the sign was directly seen by more than a million people and tens of millions were exposed via social media, video and many other channels.

Vision Graphics is proud to have been selected over multiple years to produce the Times Square promotional campaigns for the church of Jesus Christ including the 2014 He Is The Gift, 2015 A Savior Is Born and 2016 Light The World efforts.

Vision Graphics Produces “Products” for LDS Light The World Vending...
Due to the Coronavirus (COVID-19) situation, we are working to provide you with the safest graphic print product, equipment sales and service, design and installation services.Click HERE for the latest on our response.
+ +
Scroll to top